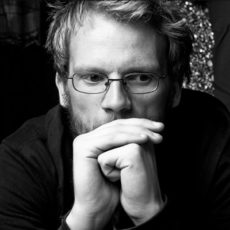 Depending on how far he wants to take this, Buddy Peace has earned a lifelong position as SFR’s resident remix/scratch/mixtape DJ. His talents don’t end there, but that is how we were introduced to him. SFR now has had the honor of releasing the first official Buddy Peace digital album, “Late Model Sedan”,
as well as his first full-length production with emcee Prolyphic, “Working Man”.

Time and time again Buddy volunteered his DJ services to our projects and every single time he threw the fuck down. Hard. Whether contributing to a remix contest, a mega-mix, or a self-produced CD with hand-written artwork (meticulously detailed), Buddy Peace always went above and beyond the call of duty. Case in point, feel free to download his “Holy Chrome” EP on SFR’s digital store. It’s new, it’s free, and it’s just a taste of what he’s bringing to the table in 2009. For further evidence, check out his handiwork on the new B. Dolan “House of Bees” mixtape series.

I first met Buddy Peace in London, England (his hometown) around 2004. His demeanor was ultra humble. I was like, “Wha? Come on, fool. This ain’t real. You’re motherfucking BUDDY PEACE! When you shake my hand I want it to hurt.” It’s almost as if he doesn’t really know that he’s as great as he is. And that’s probably true, which makes him even more awesomer. Bearded, lanky, smiley and nasty as hell on the decks.

Everything that Buddy Peace does displays a great knowledge and understanding of hip-hop in all its incarnations. Old school, new school, whatever…there’s great expansive knowledge there and he utilizes it well. His love for music doesn’t stop at hip-hop though. As with most crate diggers, and as anyone who has followed his career knows, his contributions to hip-hop are the result of understanding what’s great about all genres of music and MAKING them hip-hop.

Buddy Peace has put in some serious work over the years, doing DJ gigs around the world and playing some of Europe’s biggest festivals. Some of his most notable efforts as of recent include the beats he did on Buck 65’s “Dirtbike” trilogy, DJing for Prince Po (ex-Organized Konfusion) on tour, and contributing remix work for labels around the world.

Currently, Buddy Peace is helping out with various SFR projects, including heavy contributions to B. Dolan’s latest LP, “Kill The Wolf” and Sage Francis’ “Copper Gone” album, as well as playing an integral part of B’s mixtape series, “House of Bees.”